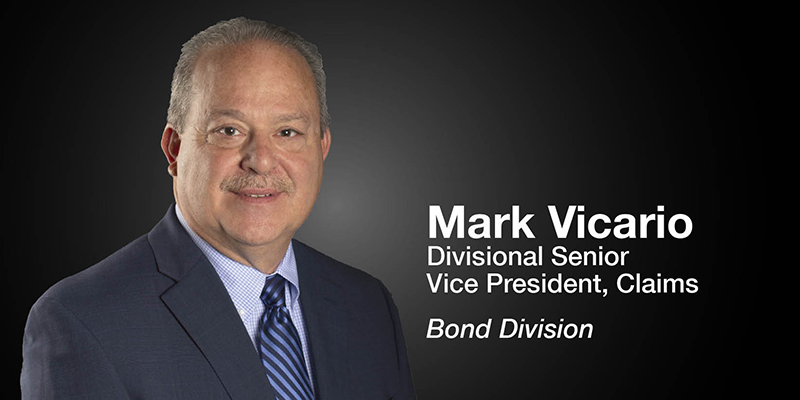 CINCINNATI — July 31, 2018 — Great American Insurance Group is pleased to announce that Mark V. Vicario has been promoted to Divisional Senior Vice President of its Bond Division. In this role, Mr. Vicario will oversee the Division’s Claims department.

Mr. Vicario began his career with Great American in 1994 and has served as Divisional Vice President since 2004. He has over 35 years of industry experience.

Mr. Vicario earned a Bachelor of Arts from Kent State University. He is also a member of the American Bar Association, the National Bond Claim Association and the Surety Claim Institute.