From Around the Farm 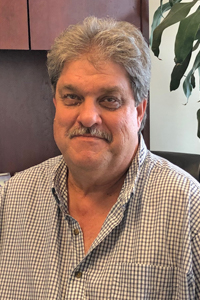 What is your role at Great American? Master Underwriter, but also whatever needs to be done to get the job done.

How did you get into insurance? By chance. I was working for a feed store and when I got my auto insurance at another carrier, the guy asked me to come to work for them. I got my license, became an agent for six months but didn’t like that and decided to leave. They offered me a job in underwriting and the rest is history.

How long have you been in insurance? I started in June 1987 and became an underwriter in January 1988. I started with Great American in June 2001.

What was the most unusual thing you came across to insure as an underwriter? At another carrier, an agent asked me to write a fish farm with mortality coverage.

What is your favorite part of being an underwriter? Being a problem solver.

What is your favorite part of being at Great American? The people - both internally and at our agencies.

What is your favorite farm animal? Cattle, no question. Black angus.

Do you have any skills and talents that most people don’t know about? I can sing.

What is #1 on your bucket list? Living until I die!

What is the weirdest thing you’ve ever eaten? Squirrel.

What is your personal motto? Treat people the way you want to be treated.