We are pleased to announce that Terry Coleman, John Lewis and Jeff Gilbert have been promoted to Divisional Assistant Vice President within Property & Inland Marine.

Terry began her career in the insurance industry as a file clerk and worked up to the underwriting side handling multi-line business. Terry joined Property & Inland Marine as a Senior Specialist and has led the Houston office team to success, with growth, and profitability for many years. She guides the Houston group to seek unique opportunities, and to write many type of profitable inland marine business. Terry brings a passion and energy to the Houston team and Southwest operations with her expertise in cargo, equipment, and oilfield entities. 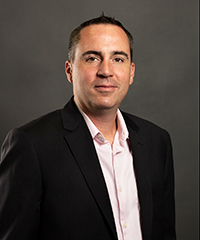 John began his insurance career with Property & Inland Marine as a Business Developer trainee in the Windsor office, and currently leads our team in the Boston/Hartford area. John guides the group with a strong focus on building relationships with our agency base to drive profitable growth. Jeff ended up in the insurance industry after serving in the Air Force as a fireman and became interested in the fire safety career options. Eventually enrolled as a Risk Management student at Georgia State University, Jeff began his insurance career in Atlanta after graduating. Jeff joined the Northeast team and began his Great American career working with the awesome team in Syracuse to serve their agents in New York and Pennsylvania.

Join us in congratulating Terry, John and Jeff on these well-deserved promotions.