We are pleased to announce the following promotions within the Property & Inland Marine Division! 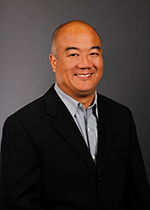 Tim Nakamura has been promoted to Divisional Assistant Vice President.

Tim began his career in 1995 as a trainee with a large insurance company in the Northeast. He worked for several companies prior to Great American Insurance Group in 2006 as an Underwriter/Business Developer in the Orange, CA office. Currently, Tim manages the West Profit Center which consists of the Orange, CA and Seattle, WA offices. In his role, Tim is responsible for an agency plant that covers ten states. Tim is a valuable resource for guidance on Builders Risk projects, wildfire analysts, and his strong industry relationships.

Tim earned a Bachelor of Science in Finance from Cal Poly Pomona and was a board member for the local IMUA chapter for 2 years. 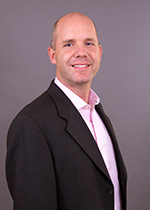 Greg Patterson has been promoted to Claims Director.

Greg began his career as a paralegal with the Hamilton County Prosecutors office upon graduating from the University of Cincinnati. After spending a few years aiding in the prosecution of Cincinnati’s worst, he felt the need for a change. Claims was a natural fit and he joined the Inland Marine Division in 1999 as a Claims Trustee. After climbing the ranks as a Claims Professional, he accepted a position as Claims Manager with the Trucking Division. Greg developed extensive knowledge of Motor Truck Cargo coverages and claims while in Trucking, and in 2012 we recruited him to rejoin Property & Inland Marine to supplement our expertise in this area of our business. Greg was promoted to Senior Claims Manager in 2018 and has honed his large loss property claims management skills while recruiting, training and expanding the MTC teams. In his expanded role, Greg remains involved in large property claims, oversees our MTC teams as they expand, and helps train our new MTC claims team members.

Greg earned a Bachelor of Arts in Political Science from the University of Cincinnati. He has also earned his CPCU, ARM, AIC, AMIM and PRC 1, 2 & 3 designations.

Ashley Cline has been promoted to Territory Director.

Ashley joined Great American nine years ago as a business developer for one of our teams in the Dallas office. Quickly it became apparent that Ashley has the gift of teaching. He took on all training for the interns and associate underwriters in his next role as Underwriting Supervisor. Ashley transitioned next to an Underwriting Specialist and carried a significant book of business. Over the past few years, he progressively took on more responsibility for training in the office to groom our underwriting skills. Ashley brings a solid dedication and energetic approach to customer service. He plays a key role in developing meaningful agency relationships within the territory, and in leading our Dallas team to success.

Ashley earned a Bachelor of Arts in Agricultural Economics and a Master of Science in Agribusiness from New Mexico State University. He serves as an Army Officer in the Texas Army National Guard.

Adam Billiter has been promoted to Territory Manager for the Mid-West Profit Center.

Adam began his career with Great American in 2007 with Specialty Human Services as an Underwriter Trainee and Business Developer. After 5 years, he joined Property & Inland Marine in 2012 as a Production Underwriter in the Ohio Valley Region. Adam later returned to the Business Developer role eventually overseeing the business development for the entire Mid-West territory. In his new role as Territory Manager, Adam will assume responsibility for the Mid-West Profit Center operationally and all team members will report to Adam.

Adam earned his degree from Northern Kentucky University and later his AMIM designation.

Please join us in congratulating Tim, Greg, Ashley and Adam in their new roles!