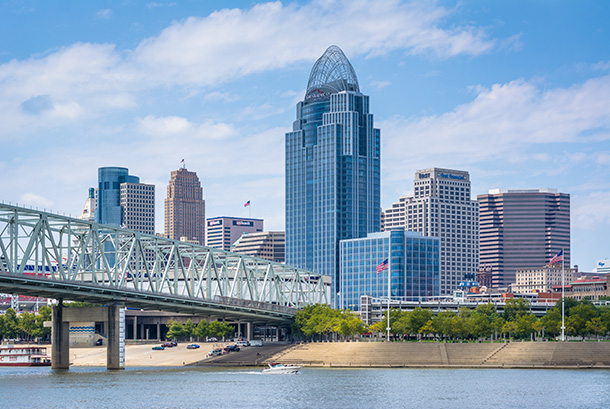 Great American understands the importance of choosing a financially strong company. Our member companies are built for the long term, committed to giving you the peace of mind you deserve. Since our inception, we have grown with each generation, carrying into the 21st century a proud heritage of business with integrity.

For more than 150 years, customers have trusted us to protect what matters most to them. Our innovative and specialized insurance solutions are designed to serve niche marketplaces that we know well. With our deep expertise and financial strength, we have laid a foundation of success that has stood the test of time.

Our yesterdays tell an important story about our tomorrow. See why! The story of Great American begins in the latter part of the 19th century—a time when business owners had little support if disaster struck. The need for dependable risk management solutions triggered the creation of our founding insurance company, German American Insurance Company, in 1872.

The first policy, which insured a factory that manufactured rubber combs, was issued that same year on March 19. The ambitious immigrants who founded the business desired to create an insurance organization of such financial stability that it would capture the confidence and trust of the insuring public and its shareholders.

In only five years, German American had over 1,000 agents throughout the country and was well-regarded as an insurer that paid its claims in full and on time. When many insurers could not handle the massive losses from the devastating 1906 San Francisco earthquake, German American paid all of its claims. In all, the company paid more than $2 million in claims from the earthquake—which was over a sixth of its total assets at that time. The company’s unwavering commitment to help the community rebuild after such a devastating loss, allowed it to enter the 20th century as one of the most respected businesses in the nation.

As a result of World War I, sentiments had shifted in the country. Recognizing the heightened sensitivity to German affiliation, the company changed its name from German American to Great American Insurance Company in 1918.

In the decade that followed, the company increased its net worth over sevenfold and its assets by 300%. Great American’s extraordinary strength enabled it to weather the hard years of the Great Depression.

Post World War II, Great American began to write both property and casualty policies, and by the end of the 1940s was writing more than $90 million in premium. In 1961, a strategic business decision led to yet another avenue of growth for the company, and Great American Life Insurance Company was born. The business offered life insurance policies to customers throughout the United States. This new arm of the company helped diversify its portfolio, bringing additional strength and stability to continue its successful trajectory. By the early 1960s, the two companies had combined assets exceeding $450 million, and 11 regional underwriting and claim offices in the United States and Canada.

A Brilliant Man with a Plan 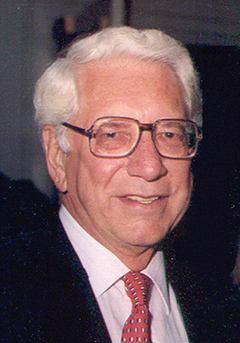 Around this same time, prominent Cincinnati businessman, Carl H. Lindner Jr., took an interest in the property and casualty insurance industry. He began investing in Great American’s parent company, NGC, and by 1973, had acquired majority stock ownership in the company. The following year, Lindner merged NGC into American Financial Corporation (AFC) and disposed of many of the non-insurance assets acquired as a result of the merger. Under AFC’s ownership, the company refocused, and Great American developed a niche market presence in specialized commercial insurance products for businesses, and personal line insurance products for individuals. In 1974, Great American Insurance Company established its headquarters in downtown Cincinnati. In April 1995, AFC combined with American Premier Underwriters to form a larger, stronger and more diverse, publicly traded organization: American Financial Group, Inc. (NYSE: AFG).

A Recognizable Brand with a Global Footprint

Great American adopted a new corporate logo that featured a traditional American eagle in the time-honored colors of red, white and blue, in 1999. The new mark made full use of Great American’s brand equity and gave the company a fresh, more contemporary presence. To continue to build a national brand image, Great American acquired the naming rights to Great American Ball Park®, the new home of the Cincinnati Reds—America’s first professional baseball team. Ground was broken for construction of the ball park in 2000, and brought national visibility to the company.

In 2003, AFG chose to narrow the company’s focus and divested ownership of its personal lines insurance holdings. Lindner’s strategic decision to concentrate the enterprise set the stage for Great American to further develop a diversified portfolio of businesses which focused on specialty commercial property and casualty niches. Still today, the company caters to distinct markets with unique products, services and distribution methods. In many of those sectors, Great American enjoys leading market positions.

The company has been doing business outside the U.S. for decades and has offices in the UK, Europe, Canada and Mexico. Most recently, Great American Insurance Company opened a branch office in Singapore in 2015. 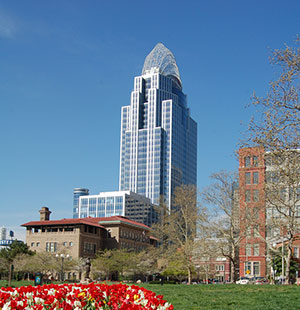 As the enterprise expanded, so did the need for space. In January 2011, the company became the tenant of a distinct new office building in downtown Cincinnati - Great American Insurance Group Tower at Queen City Square. A beautiful new addition to the Cincinnati skyline, it is the tallest building in the city. It is also the first and largest structure in the city to receive the acclaimed LEED (Leadership in Energy and Environmental Design) Gold certification from the U.S. Green Building Council.

2011 was a year of great change for the company. Carl H. Lindner Jr., passed away on October 17, 2011, at the age of 92. After five decades under his leadership, management of the business transitioned to the next generation. His sons, Carl III and Craig Lindner, stepped in to fill the role as Co-Chief Executive Officers. Under their combined leadership, the company has grown to more than 30 specialty property and casualty insurance businesses – continuing the impressive legacy their father left behind.

Today, Great American continues to enjoy prosperity and growth. Our business has earned approximately half of its gross written premium from its divisions that hold top 10 market rankings in the U.S.

Great American Insurance Company has been nationally recognized for its strength and stability, having received an “A” (Excellent) or higher rating from the A.M. Best Company for more than 110 years (most recent rating evaluation of “A+” (Superior) affirmed December 16, 2022).

With the power of generations behind us, we continue to expand and evolve. Our purpose is to enable individuals and businesses to manage financial risk so that they can focus on living their lives and building their businesses, knowing they have protection when things don’t go as planned.

Our story is far from over. And our commitment to providing quality products and service to our customers is steadfast, from yesterday through today and into tomorrow.

Standing the Test of Time

For more than 150 years, Great American Insurance Company has grown with each generation and has risen to the challenge through wars, weathers and worries.