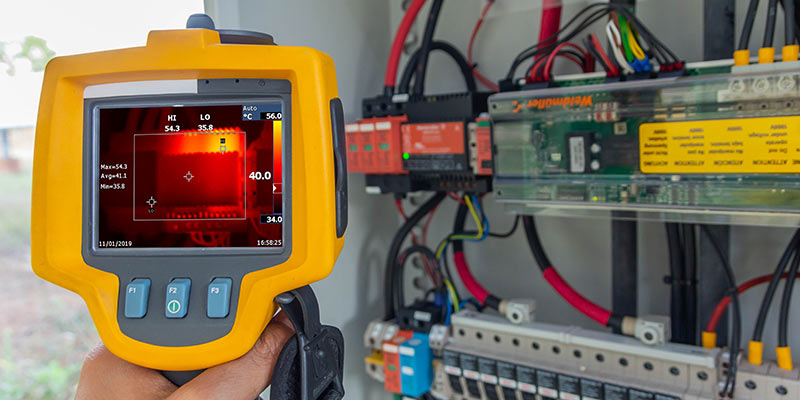 Nearly $400 million was lost in 2015 due to electrical malfunction fires. Electrical fires are one of the most costly type of fires in nonresidential buildings.

Recently, Great American helped a marina owner detect an issue. During the meeting, a loss prevention consultant scanned an electrical pedestal and shore power cord. To the naked eye, there appeared to be nothing wrong. However, with the FLIR camera, you can see the elevated temperature inside the connection.

The ambient temperature on that day was approximately 70 degrees Fahrenheit. Typically, when the temperature readings are more than 20 degrees above ambient, we recommend a licensed electrician inspect the panel.

Within hours, the marina owner had an electrician onsite to rewire the box, replace the bad wiring as well as the male and female plugs on the customer’s cord. They tested the power consumption and found the two hot legs to be reasonably balanced in draw. Their conclusion was that the plug connection was worn, dirty or corroded and was increasing resistance, causing the heat to build in the connection when large loads, such as an air conditioner, came on.

Because of the quick action, the marina owner avoided a potentially serious and life-threatening loss for both the marina and his boat owner customers.