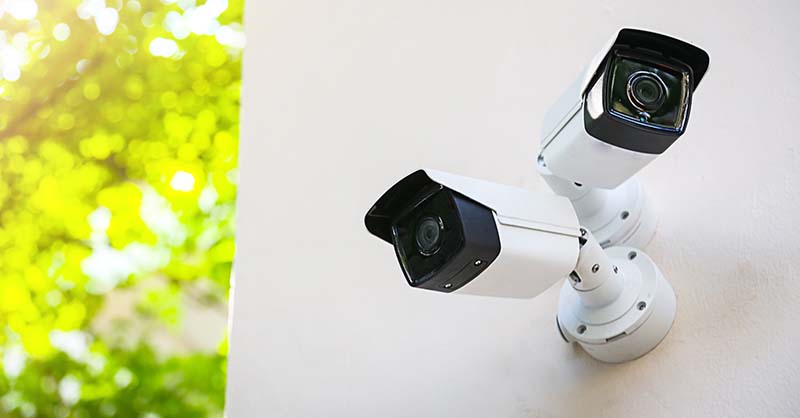 Whether or not to install surveillance cameras is a question many organizations face, but the answer can sometimes be confusing. Installing a surveillance system can be a positive step and a recommended control measure in an organizational risk management program. Desirable outcomes that support this include the following:

Although there are many benefits to installing a surveillance camera system, there are also many legal liabilities and pitfalls that should be considered.

Are surveillance cameras a breach of an individual’s privacy?

Before answering this question, it is important to note that a thorough review of state and local laws regarding privacy rights is necessary to understand exactly what is (or isn’t) legal. It’s a good idea to seek legal advice from an attorney who specializes in such law.

Common areas within buildings and external environments are traditionally held as public areas, and therefore, it’s legal to install cameras and record the footage with no violation of privacy. This is because an individual within these areas is “in normal view of the public” so that individual’s privacy cannot be violated because it’s reasonable to assume the individual is aware of this condition.

Privately owned property, identified as such, is another area with no concern for violating privacy. In this case, an individual could be considered criminally trespassing on the property, which voids any right to privacy since said individual shouldn’t be there in the first place.

General areas to watch out for when installing surveillance cameras include, but are not limited to, the following:

It’s commonly acceptable to install surveillance cameras at access points to these areas, but the cameras shouldn't be trained to show inside these areas. In cases of child endangerment concerns, these areas present a higher risk and recording access points is a priority.

Do we recommend surveillance cameras in childcare program areas?

Yes, we recommend installing surveillance cameras in childcare program areas. The prevailing counterpoint to this recommendation is that the recorded footage could create a risk when depicting a potential incriminating activity. While this is a fair and valid point, it simply doesn’t present sufficient reason to justify not installing cameras. The positive consequences significantly outweigh the negative consequences. Examples of this include the following:

Which areas of a childcare facility should cameras focus on?

In general, cameras should cover the following:

Should we give parents/guardians access to log in to the camera system and watch their children in the program?

Allowing real-time remote viewing of program areas by an authorized parent/guardian is not a significant concern if there are proper privacy/authentication measures in place. As technology advances, this is a feature that more and more childcare programs offer, and this feature may give parents/guardians reassurance that their children are being properly supervised. However, we do recommend against permitting parents/guardians to record or copy video footage.

How long is it recommended to retain surveillance footage?

In general, a minimum of 30 days and some way to retrieve the footage beyond that period are recommended if possible. This is mainly because of delays in reporting incidents to your organization. If the alleged event occurred 15 days before the report, then you might not be able to collect the footage. In cases of childcare facilities, the ability to retrieve beyond the 30-day period would help in the event of a “revivor” allegation.

What kind of surveillance system should we install, and do you have a preferred vendor?

Improvements in technology present us with more options today than ever before. From DIY to professional installation options, selecting the right system can feel overwhelming. There are currently no preferred vendors for surveillance camera systems, but there are certain features you want to ensure for a surveillance camera system. Below are some key loss control considerations:

When it comes to the quality of surveillance camera footage, you truly do get what you pay for. Don’t assume your organization is protected simply because you have cameras installed. Poor-quality footage can render the system useless. This isn’t a time to save a few bucks at the risk of not getting the return on investment when it’s needed the most.

What are the recommended best practices for effective surveillance system operations?

Great American’s team of Loss Control experts builds on years of experience to help businesses prepare for and stay protected from different types of loss. Interested in learning more? Talk to our team of experts.