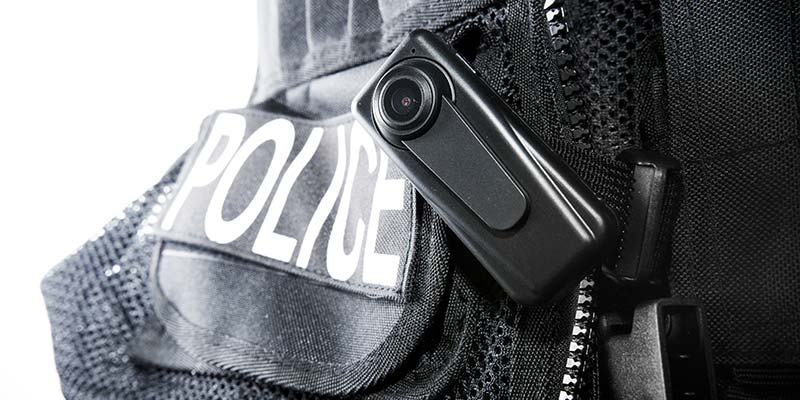 The rapid development of technological solutions has become common in our society. In general terms, this can be regarded as a positive trend as we are provided several benefits from technological advancements.

Perhaps the question to ask is not whether the rapid development has positive benefits, but rather if the use of a specific type of technology is a good fit for your agency?

Currently, there is not enough historical research data available to fully understand if the use of body-worn cameras (BWCs) has a definite positive impact on law enforcement agencies across the country. This should change over time, but the available data is limited to only a few specific short-term research studies and offers only limited data.

If there is a lack of data that shows if the use of BWCs is beneficial, why would anyone consider using them? Furthermore, wouldn’t using BWCs present added liability for the agency using them? The answer is that a small amount of early research data shows some positive results from using BWCs.

How can law enforcement agencies benefit from body-worn camera programs?

Body-worn cameras are only one of the tools available to law enforcement for improving community trust, transparency and accountability. There are several benefits for law enforcement officers who wear BWCs:

During the February 26-27, 2015 Bureau of Justice Assistance BWC Expert Panel, Inspector Steve Goodier of the Hampshire Constabulary in the United Kingdom shared highlights from their yearlong study of 180 body-worn videos. He cited reductions in crime, police-generated incidents and assaults against police officers. The inspector further explained “a large-scale public opinion survey was done before and after program implementation that concluded 85% of the public support for BWC technology. This survey was complemented by an officer survey–an overwhelming positive for support for BWCs.”

What are some of the concerns with a body-worn camera program?

The decision by a law enforcement agency to implement a body-worn camera program represents an enormous investment of time and resources. The following are some of the concerns related to BWC programs:

What is the best way to implement a body-worn camera program?

Departments vary in how they have implemented body-worn camera programs. However, there are two common themes.

First, most departments have implemented their BWC programs with officers assigned to patrol. The rationale for deploying the technology with front-line patrol officers is that officers on patrol have the most contact with the public. Some departments have also expanded their use of BWCs beyond patrol into specialized units such as K-9, SWAT, specialized driving under the influence teams and investigations.

Second, many departments have adopted an incremental approach to deployment by restricting use to a small number of officers for an initial pilot period. Departments have found that this type of approach helps to overcome potential officer anxiety and resistance and enables a department to make mid-term revisions as it learns how this technology affects the community. Such a strategy also allows other units in the department time to adapt to the new technology. In many cases, the initial officers assigned to wear cameras are volunteers who often become "internal champions" for the technology.

What are the key policy areas law enforcement should consider before implementing a body-worn camera program?

A wide range of important issues may be governed by a law enforcement agency’s internal administrative policy. The PERF report identifies a range of key policy issues (PERF, 2014:37), including:

Other resources for policy considerations include a report by the National Institute of Justice Sensor, Surveillance, and Biometric Technologies (SSBT) Center of Excellence (2012); the International Association of Chiefs of Police Body-Worn Cameras Model Policy; and the Office of Justice Programs Diagnostic Center Report (White, 2014).

Who should deliver training to law enforcement officers about the deployment of body-worn cameras?

The answer to this question is dependent on the size, structure and resources available to the agency. For some agencies, a training officer or training unit might be involved. In other agencies, training might include a commander, legal counsel, information technology specialist, or a combination of personnel. Regardless of the personnel assigned to train law enforcement officers on body-worn cameras, at least four fundamentals should be included in the training:

The PERF report concludes that "rigorous, ongoing officer training" regarding policy and protocols is essential for effective use of the technology. It may also be useful for an agency to create a training manual on BWCs and to make that manual available to officers. As the use of BWCs expands in an agency, training on the technology should be incorporated into the academy’s curriculum, so that recruits are exposed to the cameras during their formative training experience. The training may also be provided to other stakeholders, including judges and prosecutors. Some departments have selected an officer to serve as a liaison on BWC issues. The liaison meets periodically with line officers wearing cameras to create a feedback loop regarding training, policy, and the use of questions and concerns.

Some helpful considerations were shared by participants in the February 26-27 Bureau of Justice Assistance BWC Expert Panel. Specifically, Patricia Wolfhope, Senior Program Manager from the Science and Technology Directorate in the U.S. Department of Homeland Security, offered several considerations: "Training officers is highly dependent on what you want the outcome to be. When considering the technology, think about the use case first. How do you plan to use the video? Is it for evidence? Is it face recognition? Is it face detection? When officers start to see the payback of the cameras, then they buy-in and are more interested in the use of the technology. Technology is almost always ahead of privacy and policy issues.”

Deploying a body-worn camera program should always be done out of an abundance of planning. While we are not certain about the true value of BWCs, we do know that programs lacking adequate policies, training and management oversight are at greater risk of experiencing a negative event.