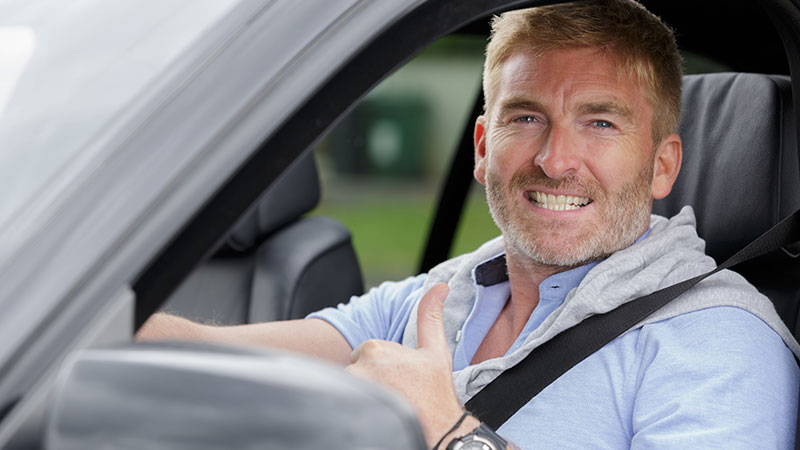 Make roadways safer by practicing these measures while operating a 15-passenger van.

The use of 15-passenger vans to transport materials and people is nothing new. Demand for these vehicles has been around for several years and the need for them is not going away anytime soon. Utility/Passenger vans are less expensive than minibuses or delivery trucks and they are more economical to operate and maintain, making them a preferred choice for many different organizations in various business segments and industries.

With so many benefits, why does it seem like 15-passenger vans come under heavy scrutiny when an insurance carrier sees one on your vehicle schedule?

The increased concern with these vehicles is due to key features and characteristics that make them more likely to be involved in a motor vehicle accident (MVA). This coupled with the increased number of passengers in the van, at capacity, can lead to some terrible outcomes on the road.

First and foremost, these vans sit higher off the ground than traditional vehicles. This becomes a greater concern when the vehicle makes abrupt changes in direction, such as sudden or unexpected turns. The higher center of gravity makes 15-passenger vans more likely to be involved in a rollover crash. The situation can be compounded when the weight at the center of gravity is increased with heavy objects, such as passengers, luggage or equipment. This inconsistent center of gravity can make operating these vans incredibly challenging.

Other characteristics contributing to MVAs can include the following:

Combine all of these elements with distracted driving and higher volume levels inside the van, and the potential for an accident can increase significantly.

According to a research note published in 2009 by the National Highway Traffic Safety Administration (NHTSA), 15-passenger vans with 10 or more occupants on board are three times more likely to roll over in a crash than those with fewer than five occupants1.

The following charts show the impact that a higher center of gravity and increased weight can have on 15-passenger vans: 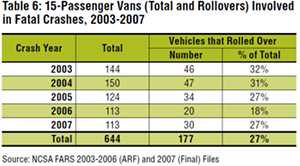 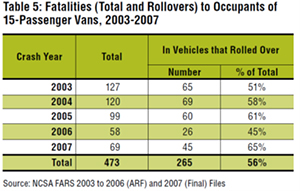 This data suggests that while the overall number of 15-passenger van accidents seems to be trending downward, the number of vans rolling over in these accidents is remaining the same and the number of fatalities resulting from these rollover crashes is increasing.

Additional NHTSA data collected between 2007 and 2016 reveals the following:

Why are more people dying in 15-passenger van rollover accidents yet the overall number of accidents/fatalities from 15-passenger van crashes is trending downwards? The answer to this question can be mainly attributed to the following key factors:

Make roadways safer by practicing these measures on every trip: