Few companies would list kidnap and ransom as one of their greatest business risks — especially smaller U.S. companies with little foreign exposure. Many people tend to perceive kidnapping as a threat primarily to employees traveling abroad. While large companies with foreign subsidiaries or traveling workforces may be at greater risk, neighborhood “mom and pop” shops are not immune. 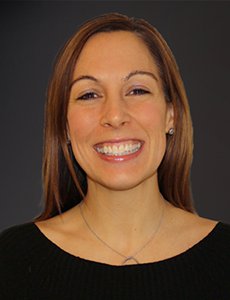 “When people think of kidnap and ransom, they tend to think of kidnap exclusively. There’s a misperception if you don’t have any employees traveling overseas, then you don’t need this coverage. The exposure is much broader than people realize,” said Melissa Person, Divisional Assistant Vice President, Fidelity/Crime, Great American Insurance Group. “Domestic companies are still susceptible to this risk.”

1. Any company is vulnerable to threats of violence.

Perhaps the greatest, but most frequently overlooked risk facing companies is an active threat to the health and safety of employees, regardless of any extortion attempt.

“This can include a bomb threat made via a phone call or letter, an angry post to a company’s Facebook page, or an offhand comment made by a disgruntled employee,” Person said.

“Perhaps an employee who’s just been let go or passed over for a promotion makes violent threats against their boss, or makes references to violent acts or weapons. It gets back to management, who starts to feel uneasy about a potential workplace shooting situation.”

If a threat is serious enough to shut down an insured’s operations, loss of earnings during this period could apply.

“People tend to be more aggressive online when there is no face-to-face interaction and they can remain anonymous,” Person said. Social media channels also provide a direct and highly public conduit to a company. Making threats over social media make it more likely the company will respond than if the message is sent via email or a generic feedback form.

Extortionists use threats to extract payments from their victims. While a threat can take many forms, including physical or reputational harm, product contamination threats are particularly serious for manufacturers.

“In the case of product extortion, the perpetrator threatens to introduce a contaminant into the target company’s product, either during the manufacturing process, or by tampering with finished goods, rendering their inventory useless or even dangerous. Unless, they receive their ransom demand,” Person said.

Any product that may be ingested or come in contact with skin can pose a serious safety threat to consumers if contaminated. Manufacturers of foods and beverages, household cleaning products, and over-the-counter medications are all vulnerable.

“Any company manufacturing a product here in the U.S. has that type of exposure,” Person said.

3. Facilities with public access are common sites of child abductions.

“One scenario where child abduction can occur is when a non-custodial parent takes off with his or her child while in the midst of a domestic dispute with the other parent,” Person said. These abductors can easily exploit crowded spaces or moments of inattention from the custodial parent to commit their crime.

This is a particular concern for daycares, schools and hospitals where children are more likely to be separated from their primary custodians. Because these facilities are also responsible for the safety of children in their care, they may be held liable for the event and face accusations of negligence.

Any establishment with public access, however, offers a venue for an abduction to take place. Retail stores, amusement parks, movie theaters and the like are all exposed to abduction risk.

Why Crisis Response Resources are Critical

When faced with an attempt at extortion or threats of outright violence, most businesses are not sure what steps to take. How do they gauge the validity and seriousness of the threat? How do they respond? How do they protect customers, employees, executives and their families from harm? Failing to appreciate exposure to these events and prepare an appropriate response could leave companies in a state of crisis, should a threat come their way.

“What many domestic companies don’t realize is a kidnap and ransom insurance policy is not just there to reimburse financial losses associated with ransom payments; it also affords access to crisis consultants who can answer many of these questions and perhaps avoid a dangerous situation altogether,” Person said.

If, for example, a disgruntled employee writes an angry post about his company’s CEO on social media, alongside a photo of his gun collection, a crisis specialist would evaluate the seriousness of the threat and recommend an appropriate course of action. It may be best to do nothing, adjust security procedures around entering and exiting the premises, or add security personnel to patrol the facility or guard the CEO and his or her family. Crisis consultants can also assist during negotiations with the person making the threat, which may help mitigate the potential of any physical harm.

“Certain expenses associated with those response measures would be covered under our threat response endorsement. As long as the threat remains viable according to Control Risks’ consultants, a policy may pay fees for the extra security necessary to reduce the risk of it actually being carried out,” Person said. Our Great American Kidnap, Ransom & Extortion Policy® also covers Control Risks’ services in just about any country.

Any company can, of course, secure independent consultants on their own, but it may be cost prohibitive. Offered as a benefit of a kidnap and ransom policy, these resources become much more accessible, affordable and prudent to utilize.

“That is the primary benefit of this coverage more so than indemnity. Kidnap, ransom, extortion and other threats are frightening experiences, and Control Risks does a great job of responding to the event and helping companies make decisions through this process,” Person said.

With limits up to $65 million available, Great American also has the capacity to handle high-risk exposures, and can tailor coverage to meet the specific needs of both corporations and individuals.

We Have It Covered - Winter Wonderland

We Have It Covered - A Cornucopia of Coverages

We Have It Covered - Fall Festival Fun

We Have It Covered - Here’s to a Great School Year!