Congratulations to These Successful Scholars 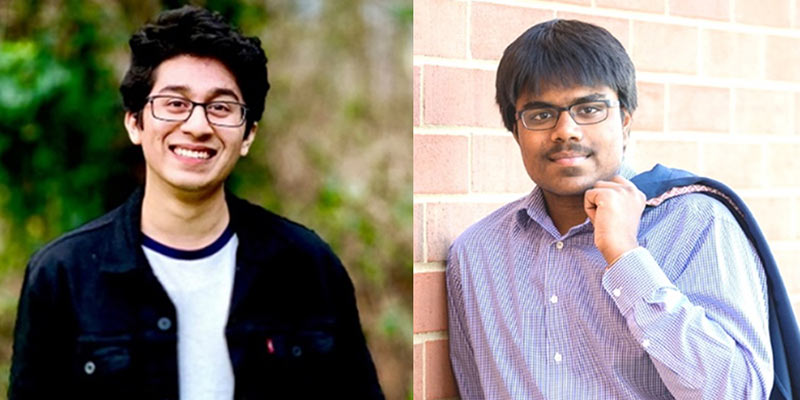 Ronit has graduated from Interlake High School in Bellevue, WA. He will attend Stanford University in California, where he plans to major in Comparative Literature and Environmental Science, with the goal of being a screenwriter or conservationist.

Ronit has a passion for the environment, which has led him to excel in several extracurricular activities. He completed research internships at the National Oceanic and Atmospheric Administration (NOAA) and at the University of Washington. Ronit also started an initiative called EmpowerAdvocacy to encourage young people to become activists for change in their communities, as well as founded a nonprofit called SproutingIndia, which aims to address the growing air pollution crisis in India by planting trees throughout the country.

Along with the AFG Scholarship, Ronit has received the following awards:

Eashwar has graduated as the valedictorian from Cincinnati Country Day School. He will attend Dartmouth College in New Hampshire, where he plans to study biology, neuroscience and statistics.

During his high school career, Eashwar’s academic and leadership achievements include being President of the Alumni Leaders club and Captain of the Science Olympiad and Academic Teams competitions, where he won regionals for the last two years. He is also a member of the varsity rowing team and student council cabinet. Eashwar’s activities outside of school include serving the community as head of the Math and Science department of Study Jump Smile Cincinnati, a nonprofit tutoring club, and volunteers at the Mason Public Library and Bethesda North Hospital. He also has a passion for medical research and was actively involved in research activities at the University of Cincinnati Psychiatry Department and the Cancer Institute.

Along with the AFG Scholarship, Eashwar has received the following awards:

Committed to the Future

AFG awarded its first scholarship in 1967 and has awarded 154 scholarships to the sons and daughters of our employees during that 53-year span. To compete for the scholarships, students must take the PSAT/NMSQT during their junior year.