The Rise of Distribution: Mega-Warehousing Leading to Mega Environmental Concerns 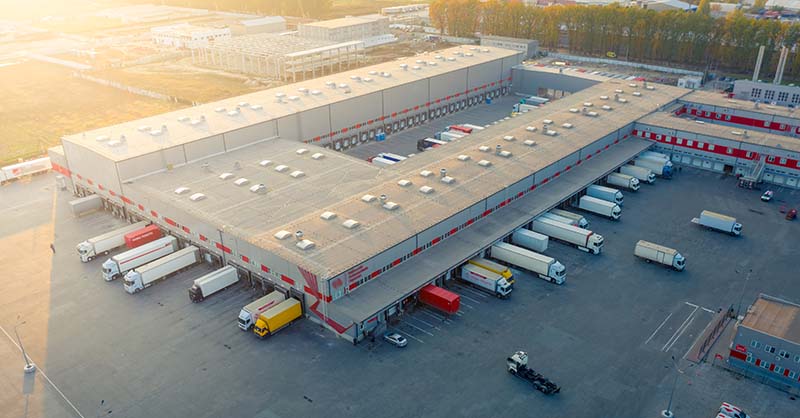 While many are aware of the environmental pollution exposures associated with redevelopment projects in general, especially with brownfield developments, minimal recognition is often given to the ongoing operational exposures – particularly pertaining to warehouses and distribution centers – once development is completed.

With today’s purchasing patterns, it is no surprise the development of both mega-warehouses and distribution centers have risen drastically over the years. In fact, the distribution powerhouse itself, Amazon, recorded a staggering number of 300 new facilities in 2020. This is almost as many as in the previous four years combined.1

Did you know? Warehouse operations can have significant environmental impacts to nearby residents and the surrounding environment.

Many large warehouse and distribution centers are developed in former industrial areas to take advantage of convenient locations near interstates, hubs, and with brownfields tax credits. The negative impact of these centers is often overlooked or dismissed with counterarguments of improving underutilized land and bringing jobs to an often low income area.

In fact, a recent Consumer Reports article related to environmental justice found that “69 percent of Amazon warehouses have a greater share of people of color living within a mile radius than the median, or typical, neighborhood in their metro areas.” Whereas the opposite was true for Whole Foods and other Amazon retail stores, “these tend to be located in wealthier cities, away from the communities where Amazon runs its warehouses.”1

The most commonly cited environmental concern with warehouse and distribution centers are not the facilities themselves, but rather the thousands of diesel-fueled trucks that rumble in and out of neighborhoods daily. A traffic study from an Amazon warehouse project’s developer in Fontana, California estimated that the Amazon and surrounding warehouses together would generate nearly 6,000 vehicle trips per day, including more than 2,300 diesel truck trips - per day! 3

It has long been understood that proximity to traffic worsens asthma in children and can impair lung function, cause other respiratory symptoms and potentially lead to fatal heart disease. “In California, heavy-duty vehicles account for 90% of the diesel particulate emissions, 17% of sulfur dioxide (SO2) emissions, and 53% of nitrogen oxide (NOx) emissions from all on-road sources.” 4 Along with the well-known asthma and respiratory affects, exposure to the various diesel exhaust components have also been linked to increased cancer risk.

In addition to the increase in air pollution and associated respiratory problems, particulates from diesel exhaust are also deposited on soils. Diesel exhaust includes various polycyclic aromatic hydrocarbons (PAHs), many of which are known or suspected carcinogens. Being particulates, it has generally been found that the volume of PAHs from exhaust decrease exponentially with distance from the roadways; however, newer research has determined that these substances can travel farther than previously predicted.5 These contaminants have the potential to end up in backyard gardens or urban farms, increasing the contaminant load of urban residents.

In addition to these well-known bodily injury exposures, concerns surrounding noise and light pollution continue to rise. While some companies seek a solution by transitioning to electric vehicles, this eco-friendly alternative does not alleviate many underlining issues such as noise and light pollution, road damage due to heavy vehicle traffic, increase in vehicular accidents, or property damage resulting from constant vibrations. California’s South Coast Air Quality Management District  is one of the first regulatory bodies to address warehouse-related pollution, requiring larger warehouses to submit counts of trucks that enter and exit its facilities, then choosing from a menu of options to reduce their impacts on air quality and community health. More local and state oversight will likely follow.

Buildings, roads, and other infrastructure absorb and re-emit heat from the sun more than natural landscapes. In return, the populations living in heat island areas become subject to temperatures that are 1–7°F higher than temperatures in outlying areas. Add this to the effects of climate change in general and these areas are bound to experience more frequent and severe heat waves.

There are also significant natural resource exposures tied to both the transportation aspect and the large warehouse structures themselves. The footprints of modern warehouses increase flood exposures, and contaminants and sediments in nearby waterways due to run-off issues. While storm water ponds or retention ponds are often employed to counteract this, they are not always sufficient. According to computer modeling as part of the Chesapeake Bay Program, storm water runoff accounts for 16% of the nitrogen, 18% of phosphorus and 24% of sediment entering the Bay. Sediment runoff is 20-fold higher in urban areas compared with forested lands. 6

As if this wasn’t bad enough…

After decades of research to determine what was killing most coho salmon before they could spawn in creeks above Puget Sound, in December 2020, 27 coauthors published an article in the journal Science identifying 6PPD-quinone as the coho killer. And while it was the death of the coho salmon that made the headlines, they are not the only lifeforms affected by this toxin. The rubber used in tires is a chemical mishmash of hundreds of different substances. However, virtually all tires on the road are 1 to 2% 6PPD by weight.8

It may take years to find a safer alternative and until they do, the endless parade of trucks to and from large distribution warehouses will continue to deposit harmful substance that will eventually make its way to various natural resource areas. While some might discount this issue as only a concern for a select species, we have learned over the years that what affects one living organism likely affects many others as well.

No man is an island entire of itself, and so we must be aware of the impact of these issues on the people, animals and plants around us.

Great American Environmental is proud to offer comprehensive insurance solutions, keeping your client’s businesses strong, and in turn, our world clean for generations to come. We provide control services through our in-house risk engineering team alongside a network of specialty vendors, representing diverse capabilities and experience in a variety of environmental areas.

For more information, we encourage you to explore our website and Warehouse Riskopolis.

Karen Grassi is a production underwriter specialist with Great American’s Environmental Division. In her role, she is responsible for evaluating risk and presenting comprehensive and best-in-class environmental coverage to her clients by drawing on her extensive background in environmental underwriting and consulting. Karen’s diverse technical background includes working as a hydrogeologist and geologist with both governmental agencies and private industry. She holds a Master of Science in Geology from the University of Wyoming and a Bachelor of Science in Geology from Temple University, as well as an Associate in Risk Management. Karen is based out of the Exton, Pennsylvania main office.